August 9, 2019 — Although CT and MRI have taken on a growing role in recent years, resting echocardiography remains by far the most widely used imaging modality for heart failure patients in Canada, according to an article published online August 9 in JAMA Network Open.

The group from Canada investigated trends in cardiac imaging for patients who presented with heart failure between 2002 and 2016, in light of the expansion of diagnostic tools during this period as well as a general push for more conservative use of imaging exams.

“Although there is an understanding that the need for cardiac imaging increases as individuals live longer with heart failure, there have been concerns about the excessive volume of imaging procedures without justification for their use,” wrote first author Dr. Juarez Braga from the University of Toronto and colleagues.

The researchers examined trends in heart failure imaging based on the data of 882,355 adults drawn from the Ontario Heart Failure Cohort, a database of all patients in Ontario with heart failure. The median age of the cohort was 76, and roughly half were women.

All of the patients underwent heart failure examination with one of the “traditional” imaging modalities — resting and stress echocardiography, myocardial perfusion scintigraphy, and invasive coronary angiography — or “advanced” modalities, including coronary CT angiography (CCTA), cardiac MRI, and cardiac PET.

Overall, Braga and colleagues discovered that resting transthoracic echocardiography was the most widely used exam for heart failure and accounted for approximately 53% of the $49.6 million Canadian ($37.8 million U.S.) spent on cardiac imaging in 2016. Myocardial perfusion scintigraphy contributed 25% of the costs, while invasive coronary angiography added 17%. As a point of comparison, the advanced modalities (CCTA, MRI, PET) made up 5% of the total expenses in 2016.

In contrast, usage rates for CCTA (up to 6 tests per 1,000 patients in 2016) and MRI (reaching 30 tests per 1,000 patients in 2016) have steadily increased since they became more readily available in 2009. Utilization of myocardial perfusion scintigraphy and invasive coronary angiography slightly decreased throughout the study period, but nonetheless stayed higher than CCTA and MRI usage.

“The higher use of resting echocardiography compared with all the other modalities may be because echocardiograms are noninvasive and because there is a perception among healthcare professionals that the price per unit is low compared with other imaging techniques,” the authors wrote.

These findings provide important information on real-world changes in the use of cardiac imaging services and costs, “and available evidence suggests that this trajectory occurred as a result of a complex interplay between patients, clinicians, payors, and healthcare systems,” Dr. Vinay Kini from the University of Colorado wrote in an invited commentary.

However, the study’s findings did not ultimately establish the causes behind any shifts in imaging trends, nor did they reveal the extent to which distinct imaging modalities were beneficial to patients, Kini noted.

“To guide future policies on the use of cardiovascular imaging, a better understanding of the causal factors affecting cardiac imaging use and the effect of changes in use on imaging quality is needed,” he wrote. 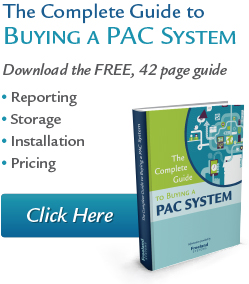